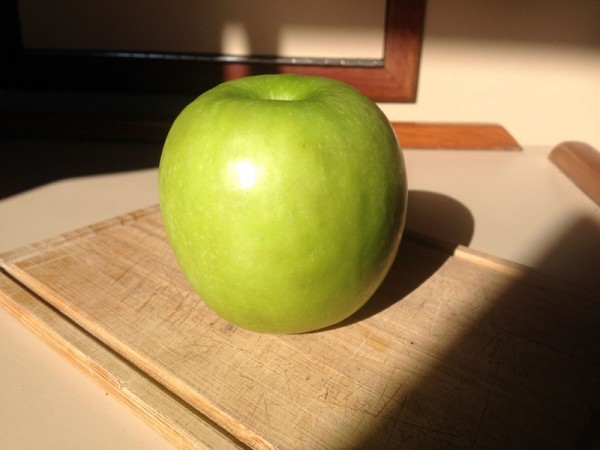 This post is our 100th post and I had to come up with something special for the occasion. I thought long and hard on this and finally decided to write about my granny smith apple named Gwyneth Paltrow.

Yep. I have an apple. And I named that apple Gwyneth. She named her daughter Apple, and I’ve named my apple Gwyneth. It’s a beautiful apple indeed. I don’t think she’ll take offense if she were to discover this quirky, strange, and wee-bit-creepy story about her namesake.

“What’s so special about this apple named Gwyneth, that it deserves the 100th spot on the Vacilando page,” you ask? This apple is special because it won’t rot. It was purchased sometime around Christmas or New Years and it looks exactly the same today as it did the day I put it on the shelf in the galley.

Beautiful? Yes. Scary? Also, yes. Let me back up a bit.

When we still lived on land, back in Nashville, Gwyneth Paltrow would frequently visit the city during the filming of her movie Country Strong.

I had occasion to see her in the Whole Foods store in Green Hills one day. I passed her in the frozen food isle, and I was struck by two things: she smelled terrific and… her hair looked like spun gold.

I wanted to touch it (that’s the “wee-bit-creepy” part), but then the image of me lying prone on the cold cement floor, a wilted celery leaf stuck to my cheek as police zip-tied my hands and read me my rights snapped me back to reality.

No… I didn’t touch Ms. Paltrow’s hair that day. Yes, I’m admitting a lot here. It greatly affected me. Obviously, if I’ve named my granny smith apple after the woman.

But I digress… this apple is now approaching three months on the shelf and nary a blemish. Not a single bruise, smudge or spot, and that scares me.

We usually purchase organic anything when we can. We buy from our local farmers market but somehow, this gal snuck through. I know apples are among the highest fruits that contain pesticides. I also know they contain a fruit wax, which is sprayed on to make them look pretty. Really? Screw pretty… Sorry, Gwyneth – just give me an apple that I can eat. And I mean eat now, not in a hundred years. Crap man… this apple has a longer life span than Cher.

I can wait, Gwyneth… love. All I got is time. 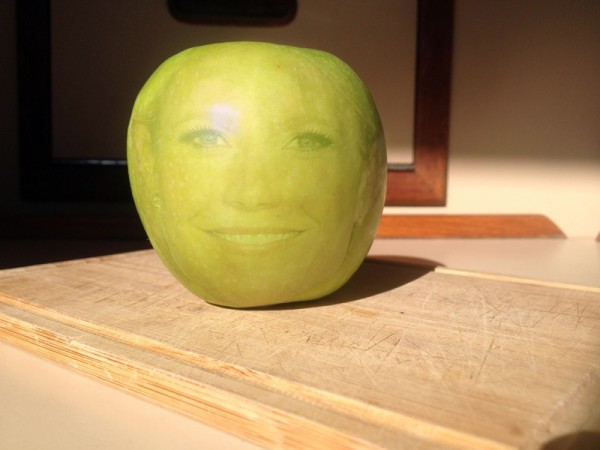