I’ve been meaning to post an update on our travels for a little while now but I’ve struggled. With all the devastation that’s taken place with Hurricanes Irma and Maria, I find it difficult to post about the beautiful town we’ve landed in. It feels irrelevant and trivial. As I start this for about the tenth time, Mexico is now digging out from a devastating earthquake and in the states, wild fires are raging out west. If I were a religious man, I’d say all we need now are the locust. (*Update 10/2/17: and now the mass shooting in Vegas…)

The political and social discord in America is bit unnerving as well. It’s understandable how one can find it daunting to remain hopeful with so much turmoil swirling around. For the last six years, we’ve purposely gone without a television. As a news junkie, I had to cut myself off. The sensationalism was too much. No news. Just drama. But every so often, during our travels, we’d dial up the interweb (when it worked) and dip a toe in to see what was happening. Not surprisingly a quick retreat to the bubble soon followed.

Now that we’re on land again (for the moment), current events and the “news” is front and center. And honestly, a bit depressing. In the interest of capturing that bubble before it floats away forever, I will try to type a post about our silly little life travels. Who knows, somebody may need the escape. 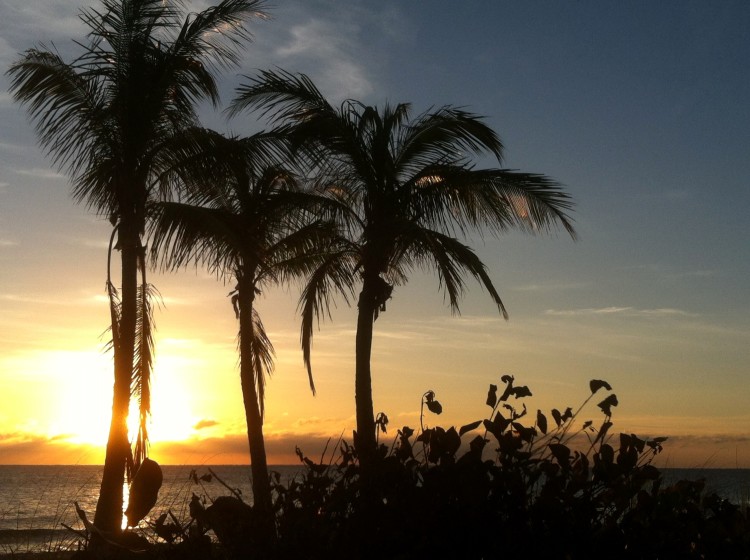 Palm Trees… Always good for an escape to include some palm trees.

First, let me back up a bit. In late August we, quite unexpectedly, sold Vacilando to a wonderful man from Panama. Once the reality set in that the deal was in fact going through, Mel and I were struck with a new reality; we had no idea what we were going to do.

As we formulated what we thought was a plan, things got murkier and murkier. Ultimately, we decided to head to Antigua for a two-week pit stop where we could regroup and process everything. After Antigua, we’d head north to Merida, Mexico. It’s close to Cancun, and an easy jumping off point when the time comes to fly back to the states. In addition, it’s got a rich history and culture, tons of great art, and great food. It’s a big town that we’ve always wanted to see. Porque’ No?

With a loose plan in place, we spent the next few days selling and giving stuff away, and then several more days trying to decide how we were going to keep the things that we wanted. For the record, our boat was not cluttered with stuff. We had no hammocks hanging or quarter berths stuffed with plastic bins. In fact, some of our storage spaces went unused.

But…when you have to pack your life into ten bags, you realized rather quickly that those tools you spent all that money on are not coming with you. Those cool wine glasses? Nope. That collection of books with everything you’d ever need to know about diesels? Uh-uh. Nada.

Once we stopped crying and arguing (which we never do), we buckled down and got real with ourselves. The bare essentials. After all, the only thing we really knew was that we were going to Antigua, Guatemala for two weeks to think through the process of getting all our stuff and our dog to Mexico.

Merida would be a good place to sit for a couple more months and figure out how to fly Jet back to the states without having him riding in the baggage compartment. After reading several horror stories, we decided Jet wasn’t being subjected to that.

To get from the Rio to Antigua, we hired a private shuttle. It was about a seven-hour drive. The roads in Guatemala are okay, but you never know when a mudslide has taken out a portion of the highway. Sometimes construction can cause major backups as well. If you’re traveling Guatemala, you have to be flexible.

For this trip, the bus wasn’t an option. Again, Jet would have been resigned to the baggage compartment, which is hot and miserable. Sometimes the bus ride to Guatemala City alone can top out at 9 or 10 hours. I doubt he’d live through it. But, for $175 USD, we got our own little van and crammed it full of crap.

Our driver William, with Otti Tours was awesome. He was friendly and a great driver. He drove us right to the door of our Airbnb in Antigua. The expression on our host’s face when he saw us unloading all those bags was priceless. I quickly reassured him we weren’t moving in.

I have to say, the first couple days in Antigua were spent sitting in front of the television watching as Irma destroyed the islands and our friends’ homes and businesses. We were texting, checking email and hoping against hope that things would be different.

Outside, the streets of Antigua were alive with celebration. September 15th was Guatemala’s Independence Day. And these folks know how to celebrate. They kicked it off early and the celebration went all week.

One of the events is the run of Antorchas, when a group of youngsters from different schools dress up in blue and white (Guatemala’s colors) and run through the streets carrying a burning torch. The group of kids grows as locals join in to run with them. Some sing, some bang drums and some blow whistles and horns. It’s boisterous and fun to watch. I, too, wanted to join in and run with them, but I might have frightened them as the gringo loco running in flip-flops.

Throughout my life, I’ve seen high peaks and low valleys. Through all of it, there has been one constant, travel. I’ve been lucky or crazy enough to end up in some kooky place that I never planned to be in. Sometimes with nothing more than a few hundred dollars to my name.

Out of all the places I’ve been, Antigua sits firmly near the top. I think Mel feels the same. It’s beautiful beyond belief. It’s streets are alive and filled with color. The food is delicious and the people are fantastic.

We’ve enrolled in one of the many Spanish schools down here, determined to make our time in Central America count. I love learning the language. It’s incredibly hard for me, but I’m trying… estoy intendando. Tonight, I have my first Guatemalan cooking class.

So where does that leave us? Well, like so many before us, we’ve fallen in love with this small city nestled in the hills of Guatemala. We’ve been discovering the incredible food, and we wake up every morning and feel as if we live in a fantasy land. Everywhere you turn, it’s a postcard photograph. Surrounded by volcanoes, one of which (Fuego) pops off several times a day, we keep saying, “Okay. We’ll stay one more week.”

Well… we just rented an apartment. Is that bad? 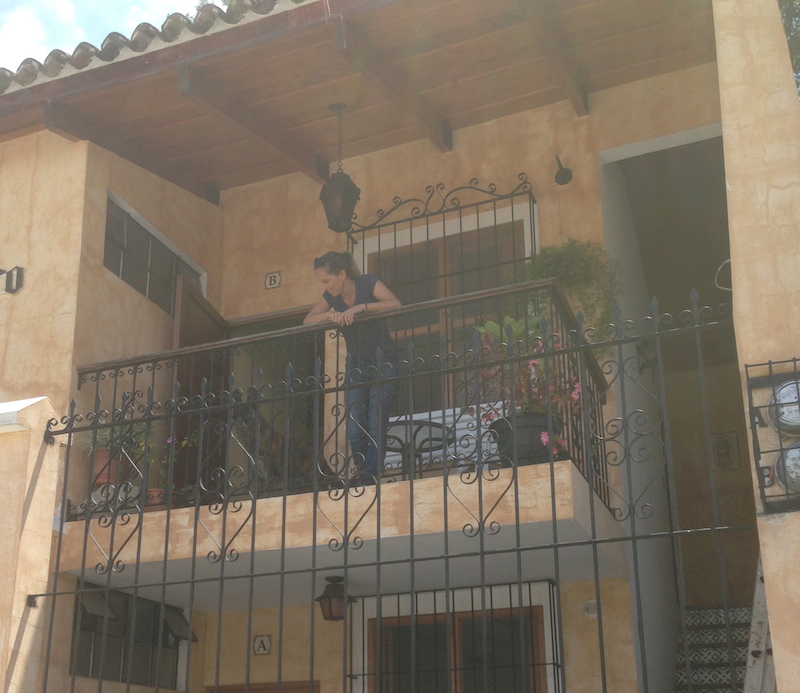 Stay safe out there. Pray for all of our friends in Texas, Florida, The Caribbean, and Puerto Rico. So many have lost everything and they need help. Try not to get discouraged by the negative news. Stay positive. Stay focused and don’t stop traveling.

Mark Twain once said, “Travel is fatal to prejudice, bigotry, and narrow-mindedness, and many of our people need it sorely on these accounts. Broad, wholesome, charitable views of men and things cannot be acquired by vegetating in one little corner of the earth all one’s lifetime.”

This is never more true than at this very moment. So many with the broadest and loudest opinions have never left their home towns. Ignore the blasts from their trumpets.

Love you guys! Stay in touch. And… I say it all the time, we love hearing from you. Peace.