con-ver-gence (noun) \kən-ˈvər-jən(t)s\: the merging of distinct technologies, industries, or devices into a unified whole.
That may be a bit opaque at best so let me tell you my theory of convergence.  I’ve developed it over my entire life and it’s definite and present at every turn. Let’s say you’re having a particularly difficult week and you just got a bill for a hundred bucks that you didn’t expect. If you wait, it may be days, or even a week or two and if you’re keen enough to recognize it, something will happen that will off-set that expense. You may get a notice saying your bank made a mistake and credited your account $90.00. Hockey camp for Joey isn’t going to be $500.00 this year, it’s going to be $350.00.
I was talking to my brother a couple years back and he was venting to me that he had a really tough month. A couple rental places he owns had extreme and costly maintenance issues and he was going through a difficult personal stretch as well. One night while driving home past The Borgata in Atlantic City, he decides to stop and blow off some steam.  He sat down at the slot machine for 20 minutes to have some fun and BAM! He won three-thousand bucks! Not there fifteen-minutes. I answered the phone to ecstatic screams. Two days later he received the bill for his daughter’s fall semester. $2900.00.
The other day, Mel and I were having the same kinda week. The bank account took a massive hit and we were running out of money before running out of month. We were jostling and canoodling (both sophisticated financial terms) to move this and transfer that to get us another couple weeks. On the way to the market we made a small list and said, “This will just have to get us by for another week. Looks like it’s beans and rice time again!” As Mel was walking into the market… she looked down and forty-dollars cash lay at her feet. Now Melody is one of those people who will pick it up, go to the customer service desk and say, “Someone lost $40.00 in cash in the parking lot and I want to turn it in.” She didn’t this time… and frankly I feel like it was the Universe and a perfect example of my theory of convergence.
\kən-ˈvər-jən(t)s\
My Definition:  If the Universe takes it away, it will return all, most or a good portion of what it took.
For the last ten years I have had the worst case of writers block one could have. Mistrust in my voice, my art and my ability to connect the dots. I’ve played my guitar a hand-full of times. I’ve worked jobs, read books, taken classes and ultimately sold the house, got on our boat and sailed off, in the hopes that lighting would strike and point me in the direction of my next path. In case you don’t know and why would you, I used to be a songwriter. That’s what I said anyway. Used to be. Then divorce, September 11, 2001, bad management and Napster pretty much ended the run for me. I also lost any capacity to write or perform anything that felt genuine. I lost complete trust in what I did and have been wandering… meandering through my story desperately searching for the next thing. This is where  \kən-ˈvər-jən(t)s\ comes in.
When we arrived in Solomon’s a couple weeks ago, I began searching for jobs on Craigslist, calling contacts I had all over the country trying to find something to keep me busy. I’m not good when I have nothing to do. Melody was working like a mad-woman everyday and secretly praying I’d find a job in Hong-Kong so I’d get out of her hair.  Anyway, I went up the lending library here at the marina to work for a while, and browsing their book shelves, found a book by an author I love. William Least Heat-Moon. He’s a Native American writer who wrote Blue Highways, another favorite of mine. This particular book is called, River Horse: A Voyage Across America and in it he crosses the United States in a 22 foot boat via rivers only! I’m in. Contained in the very first couple of pages, he tells how he’s hung a plaque on the bulkhead with an old Proverb from the Quakers: PROCEED AS THE WAY OPENS 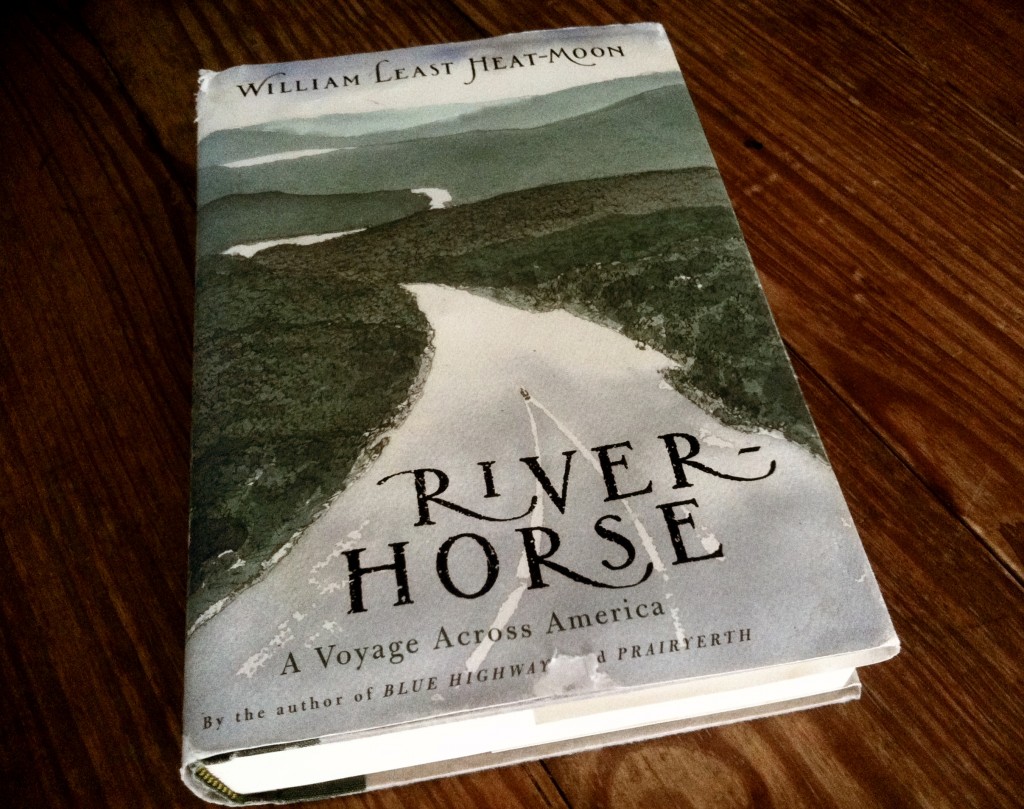 Brilliant. I needed to see this message and here it was. As I searched for a way that would open (completely counter-intuitive I know), I came upon a schooner here in Southern Maryland called Schooner Heron. I emailed the captain and said, “I’m in town for a while and like to keep busy, etc… etc… blah, blah, blah. If you need any extra help, I’d be happy to come meet you and assist in any way”. The captain promptly emailed me back and told me he sails solo and has no need nor desire for another deck hand but asks where  are we and what kind of boat  we are on.  This in turn starts a dialogue which ends with him saying, “why don’t you jump in the dinghy and swing on by if you like. We can chat for an hour and share some sea stories.” I did. I can’t really describe the full experience because that would take a novel’s worth of space but we sat for about three-hours over tea at his beautiful, waterfront home and talked about music, film, books, social issues and of course boats. He’s a 62 year old Brooklyn native who, over the course of his life, has written novels, taught himself to compose music and has made the bulk of his living making videos to help inner-city youth over-come their environment. He is a staunch believer in helping people and when he was a young man in his early 20’s, he decided he could no longer sit back and watch what Pol Pat was doing to the people of Cambodia. He bought a couple of Olympus film cameras and a book on photography. He then approached the leader of the Catholic Archdiocese of NYC and said he was a photo journalist who wanted to go to Cambodia (on his own dime) and document the atrocities. He laughs when he tells me, “Yeah, they had a guy meet me at the airport when I landed and drove me all over the country. Imagine if they knew I was an atheist.”
\kən-ˈvər-jən(t)s\:  What the Universe takes away, it returns.I have been on a path of Convergence for over ten years. Divorce, September 11, 2oo1, Napster, bad managers, Filmhouse, bad decisions, good decisions, recovery, Melody, Sailing, Jet, confusion, change, hardship, unfamiliar territory, a couple good, loyal and remaining friends, Solomon’s, Rock Hall, Ft. Lauderdale, Solomon’s… again, all the in-between’s, William Least Heat-Moon, Captain Aram, Revelation. Resolution. Begin.