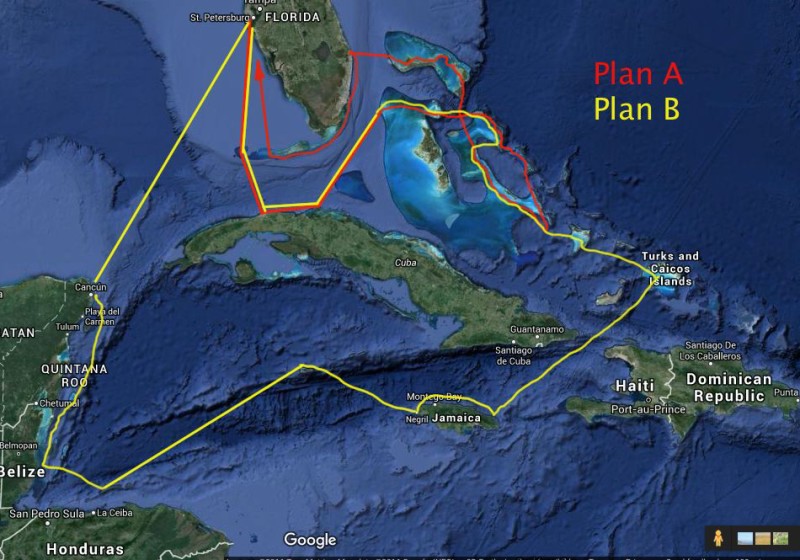 What a few crazy couple of weeks we’ve had aboard V. It won’t settle down too much either, as Mel begins her book (hint, hint) and we start to discuss how to drop the bow lines and do some sailing. After much debate and most likely even more debate, We’re making a plan for next fall.

Yes, we know all too well that making a plan while on a sailboat is like inviting Murphy to dinner, but we’re doing it anyway. For the last four years, we’ve running up and down the east coast as we finished up with work commitments and did some updating on the boat.

This is our last summer to do any of that. We’ve made a pact and pinky swears that this coming fall, we are leaving. Come hell or high water, and most likely both, we’re pushing off. I’m posting our ambitious routes right here and now.

I know it’s nine months away but time is flying, and as we prepare for a busy summer of book releases, a little dreaming goes a long way in us remaining sane. Ideally, we’d love to spend next Christmas with family and then shortly after the first of the year, January 2017, get-out-of-Dodge.

The Jet-pack (our beloved K-9) is in for a rude awakening and in order to soften the blow, and get all four of those sea legs adjusted as gently as possible, the first jump would be the 200 mile run from St. Pete to the Dry Tortugas. We’ve always wanted to see Fort Jefferson and I wanna see some giant grouper! 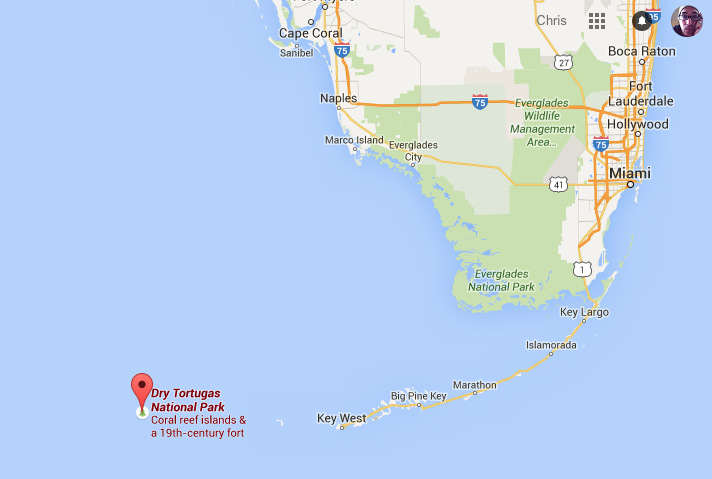 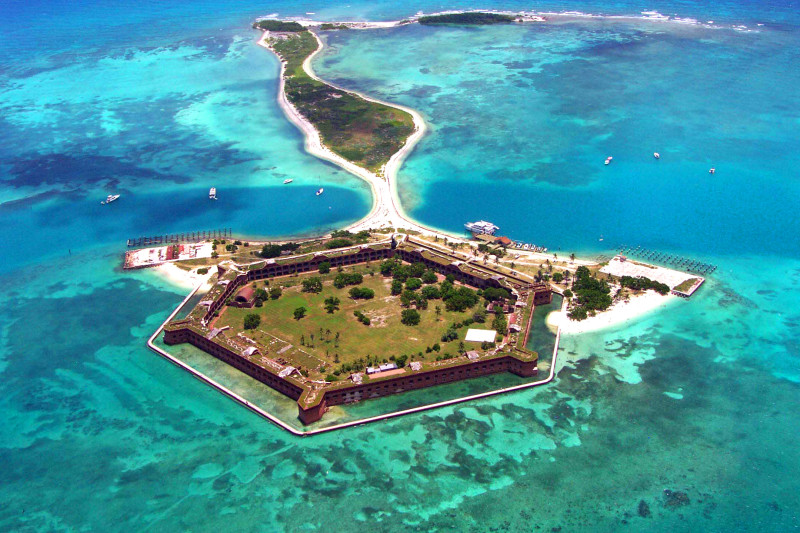 The next leg would be over to Havana. Cuba has been on my “must see list” for years. Yes, I have mixed feelings about supporting the current regime but my ultimate hope is that the Cuban people will benefit from the relaxed sanctions in relatively short order.

We all know what will happen once the flood gates open and Carnival Cruise Lines gets permission to blast holes in the reef to get their massive ships in, McDonalds and Starbucks appear on every corner and Walgreens “domesticates” historic buildings so they can sell sun block and condoms. That is where I’m conflicted. 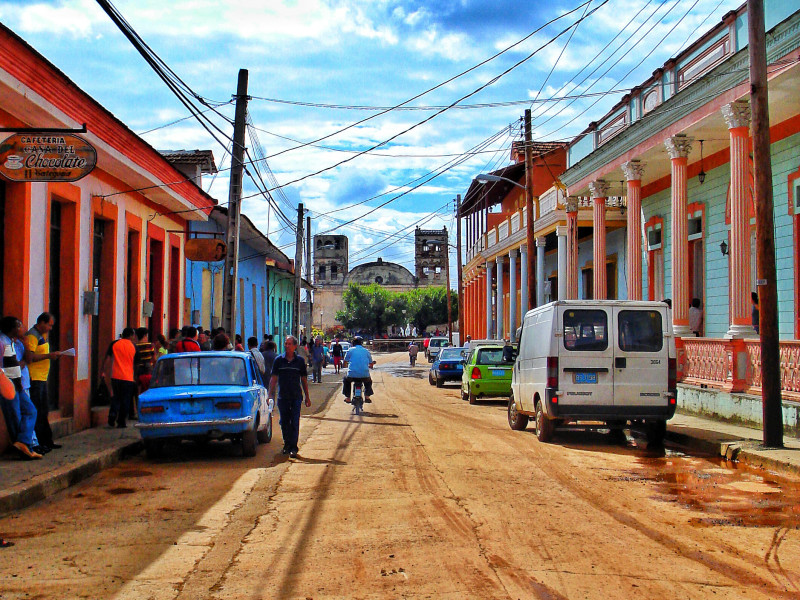 If there is one positive that emerges from the way the Cuban government has chosen to operate for the last half a century, it’s that the country hasn’t been strip mined, clear cut and raped for its resources. Cuba has one of the last remaining pristine eco systems on the planet. That has to be worth something.

Their culture hasn’t been diluted. We don’t need more cruise ships dumping thousands of gallons of shit and plastic into the world’s oceans. We need undisturbed forests, birds, dolphins and clean beaches. We need less corruption and more consciousness. And we need that all over the world.

After a spell in Havana (he says in his best NPR voice), we’d make (try to make) the windward slog east to Varadero for a few days before jumping into the stream and up to check in at Cat Cay. Up ’til now, both routes are the same but this is where we things start to change.

Plan A (in red) has us noodling around Eluthera and the Exumas for a while (possibly down to the Turks), then heading back over to Lauderdale, down Hawks Channel, around the Keys and back to St. Pete for Hurricane season beginning June 1. This could also change. Maybe we leave the Bahamas and sail to the Chesapeake Bay and summer there.

Plan B has us leaving Cat Cay for Chub Key and then bouncing down through the Elutheras and Exumas at a little faster clip. Not spending too much time but making way for the Turks and Caicos for an arrival around the end of April or first of May. That gives us February and March and some of April to do the 400 miles or so from Cat Cay to the Turks. Doable? I think so. The winter trades blow pretty heavily during this time and I know it can be a bit of a waiting game.

If we get to the Turks in that time frame, we’d like to make the run through the windward passage to Port Antonio, Jamaica, then to Negril and the Cayman Islands.

I don’t really care to see the Cayman Islands, it would basically be a stop off on the way to Roatan, Honduras. It’s about 620 miles from Negril to Roatan. It’s about 400 miles from Grand Cayman to Roatan. That would be a weather window decision.

At this point, we’d likely be towards the middle or end of April. The rest of plan B would be from Roatan to Belize and up to Isla Mujeres before doing the 400 miles or so to St. Pete. Or… down to Panama for hurricane season.

Very ambitious that plan B… we know. I do love the idea of the Bahamas, but I’m not a guy who can lay around all day at anchor for weeks on end. I gotta do stuff! A couple weeks snorkeling, swinging in hammocks and drinking beer and I’m about done. Get me some wind in the sails and a new port of arrival.

That’s why I don’t see us languishing in the Bahamas for months on end. If the weather was cooperative (laughing out loud as I even dare to type that phrase), I’d like to think we’d be moving. Of course, we don’t wanna rush either. The whole reason to get over to the Bahamas is to chill out and relax. I get that.

Melody and I will probably change this plan a dozen times before next December and that’s the way it goes on a boat. It comes down to finances and what we get done this summer. The tags on our car expired next January 31. We are not renewing those damn tags. We’re not. Gonna. Do-it.

So what do you think? Drop us a line and let us know.