The action of compressing or being compressed.
The reduction in volume

I’m late… and I know it. I’ve missed my usual Monday time-frame for my post and it’s very unbecoming. I’ll refrain from the excuses and begin with a short telling of events from the past weekend. I’ve done something I’m not proud of… I backed out of a deal.

To recap: Mel and I traveled to Naples, Florida to see another Cal 35. There are currently three on the market and we’ve now seen two. The third one is not an option. Needs too much work. And that… if you recall is how this damn blog started in the first place! I won’t go into all the technical details but after seeing the first one in Panama City, I (I stress “I”) wanted to see the one in Naples for piece of mind. In an effort to save money we found some really inexpensive (notice I didn’t say cheap) tickets on Allegiant Airlines. However they don’t fly from Nashville. In the interest of time I’ll give you the readers digest breakdown…

Friday: leave work early, drop Jet off at the “Pet Resort” (more than our hotel), go home to clean the house because the new owners wanna do their final walk-thru tomorrow… of course. Got going early on Saturday, drove 3 hrs. to Knoxville, Flew to Punta Gorda, drove to Naples, met the boat guy… Bill, had dinner and finally got to the Old Naples Pub at 9:45pm for our St. Patty’s day celebratory Guinness! Just in time cause…
they close at 10! Crap.

Saturday we woke early, had breakfast and met the owner Bill and his wife Sally. They were so incredibly gracious. They let us stay on the boat and met us the next morning with a cooler full of sandwiches and wine, the perfect set-up for a nice test sail. After settling up with the harbor master for the nights dockage, we pushed off to motor out and it couldn’t have been more beautiful. Everything was great… the weather, the company, the wind was freshening and it was almost perfect… almost.

TECHNICAL ALERT: This is where I have to regress back a bit… When I read the ad for the boat, it said the owner had Kiwi-gripped the decks. Now if you don’t know, sailboats have a rough area on the decks known as “non-skid” which is placed strategically to keep your feet from slipping when the decks are wet. Over time, it wears down and starts to become ineffective and unattractive. Most people paint the decks and that in turn creates a whole-nuther set of problems… painting the deck every couple of years… YUCK. I’ve had two boats with painted decks and I told Melody, “Don’t ever let me buy another boat with painted decks!” You see where this is going. However Kiwi-grip is a different product entirely and it’s much more reliable. Anywho… Upon walking up to the boat I noticed that they didn’t do such a great job painting the and the mast looked different than it did in the photos… It looked PAINTED! And it was… half-way up… he stopped… painting…

Now this is where my internal dialogue starts saying just be nice, stay over, do the sail, be diplomatic and go home. Another part of me says, “Go home now!” But the voice who wants to remain with my wonderful girl agrees with the first voice. So we enjoy a lovely night and I proceed to talk myself into a painted boat. “It’s really not too bad. I can repaint it in white and get rid of that nasty tan color. Ah, I can pull the mast and paint it correctly… fill in the vent in the fore-deck, fix the auto-helm, re-do the headliner.” You see where this is going. After-all there are only two Cal’s and we want the best boat for the money… This one just had a twenty-five hundred dollar bottom job, newer diesel engine, new standing rigging, new mainsail, and… painted decks. We sailed and it sailed just as it was supposed to… FREAKING INCREDIBLE. We had a lovely day, drank wine, sat at the dock and in the excitement, I tossed out a figure that was six-thousand dollars short of his asking price… annnnnd he took it. So, Mel and I told him we had to discuss it and we’d call him later.

On our way to the airport we talked. I ignored my little voice and my little voice didn’t appreciate it. The pressure of dragging my girl around the country in a fit of planes, trains and automobiles had gotten to me. I was telling myself, “you need to just make a decision and get moving. Time is running out… our escape time-table is being compressed at an ever increasing rate. My little voice began screaming… and I ignored it. I smiled through clenched teeth and we agreed to go for it. I called Bill and said we wanted to move forward with the purchase. He was over the moon. Said he and his wife had such a great feeling and really enjoyed us as a couple… I however felt very sad. Very compressed… “reduced in my volume” and Melody knew it. She said something like, “you’re not has happy as I thought you’d be…”

Compression… major compression. Shortness of breath, heart pounding. My little voice now standing on my chest, a firm grasp on my throat says in a calm, “Clint Eastwood” voice… “Now you listen here bitch… I’m only going to say this one more time.”

I’m on the couch in a full blown anxiety attack looking over photos and the survey the owner of the other boat sent me, reeling over the fact that I have to tell Melody, “…it’s not over. No deal. I gotta go back to see the other boat again.”

Melody knows me pretty well. She woke up and knew… she just knew… Jet, our dog, knew too. He left the room. I bared my soul, my fears, my reservations and said, I know you hate me but I have to go back… She cried. Balled. Big, red, swelled-up eyes. 5 am-I’m not awake-I’m hungry and I have to pee tears.

I had to call Bill. I felt sick to my stomach, like I was letting my dad down. I was going to call this nice retired couple who probably set their “next phase” into motion. I mean… why not… they sold the boat right? Ugh. I left him a message. I sent him an email. He hasn’t called me back. I feel like a total dick. I have to call him again and I’m not looking forward to the conversation. 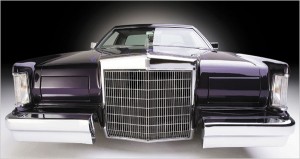 Compression. The action of compressing. I feel it. With our house closing next week, no place to rent until we leave in June and no boat, I feel like I’m running. Running as fast as I can as a 1979 Lincoln Continental speeds behind me. My feet clip the front bumper with each stride and I feel the air suck past me into that big, chrome grill.

And I’m running out of road…