The first thing we did once past the “miserable mile” on the west side of Cape Coral bridge was make a beeline for Cabbage Key. We’ve read about this elusive island in the guide books and wanted to see it before… well, you know… before Walmart, Starbucks and some bar called, “The Tiki Shack” or “Margaritaville” paves the place into oblivion. Kinda how we feel about Cuba. 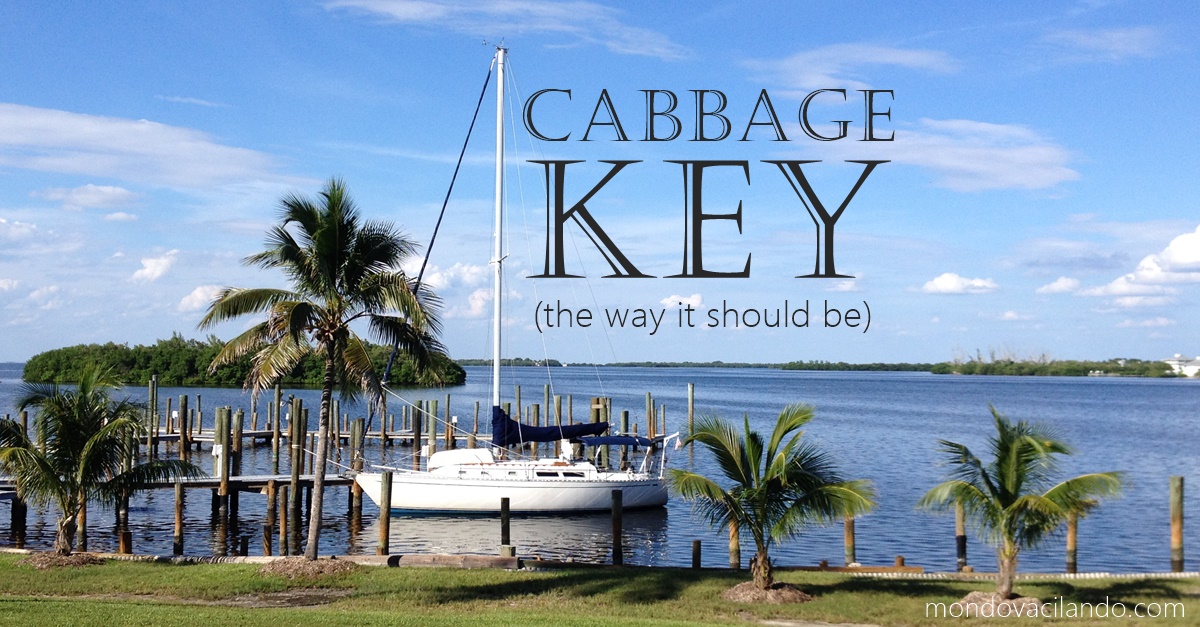 This quaint, one-hundred acre hideaway was bought by the family of famous playwright and novelist Mary Roberts Rienhart back in the 1930’s. It sits atop an indian burial mound (which is not very cool in my book) but they are protecting it with a fury… which is kinda cool in my book.

There are no cars, no paved roads and no televisions. There is also no rushing around on this island, whose main inhabitants are the endangered leatherback turtles that pretty much rule the roost, a bunch of mischiveous otters (who allegedly will not think twice about boarding your boat and rummaging for food), and one “nuisance alligator.” (Really, that’s what the sign on the nature trails said… “Watch out for nuisance alligator.”)

Because of the turtles and other wildlife, dogs are not really welcome, although they did let us bring Jet ashore as long as we kept him on a leash at all times.

Aside from the staff and one other couple who had rented a cottage on the island, we were the only ones there… and when the marina staff got on the ferry to go back to the mainland at 4:30, we pretty much had the island to ourselves.

We walked the nature trail, which was very jungle-y, with lots of different kinds of trees with snakey vines crawling everywhere. We didn’t find out until after we left that you could actually climb the water tower and watch the sunset, with hopes of spotting the “green flash.” We’ll definitely do that next time we’re there. 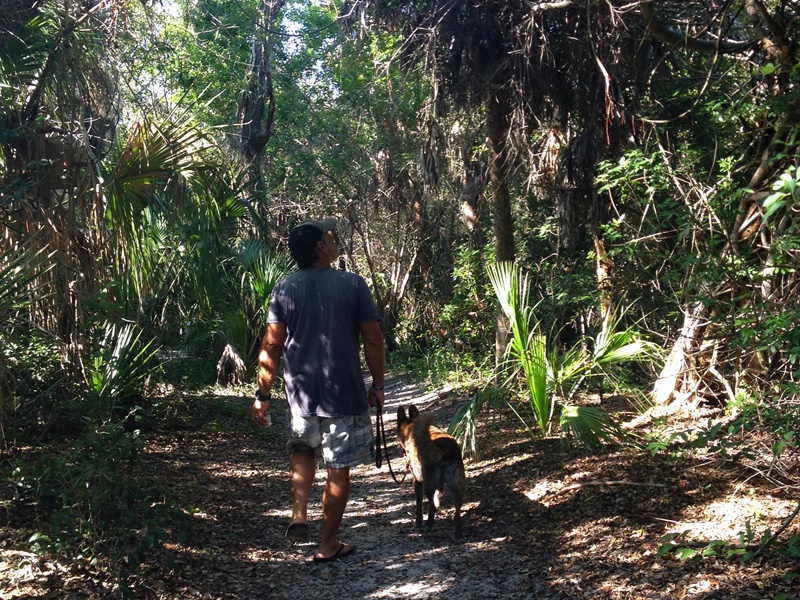 We couldn’t wait to check out the historic Inn and Restaurant, which contains the famous Cabbage Key Bar that is covered with signed dollar bills to the tune of over $50,000! Legend has it, fisherman back in the day wanted to guarantee a beer upon return to the lodge after a long fishing excursion so they signed a dollar bill and pinned it to the wall. The fisherman may be gone but the tradition continues to this day.

We stopped in and had the whole place to ourselves! It was awesome. The funny thing is, we had actually made a reservation earlier to make sure we got a table!

We had a couple of martinis at the bar with the owner of the island (we think he’s Mary Reinhart’s grandson), Rob, who was gracious as could be. The bartender Rachel (also a wandering spirit), was attentive, funny and completely on the ball.

There was an old, outta tune upright piano that was crying out for some Tom Waits, Small Change. If I could have remembered the chords to The Piano Has Been Drinking, I would have given it a go. 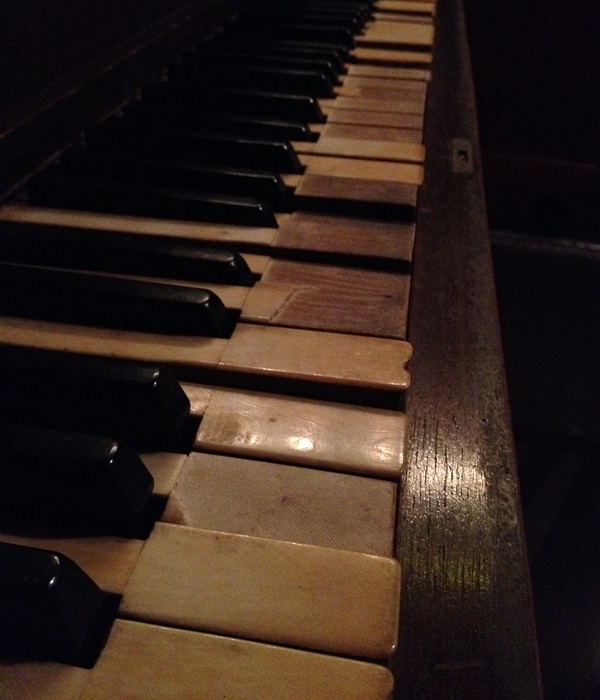 When we were ready for dinner, the hostess took us to our table – we’re still the only ones there. Once we were seated, Rachel walks over with our menus and lets us know she’ll be serving us. She went through all of the motions of a fine dining experience, even though we had just been cracking jokes with her at the bar a few minutes earlier. Had we not been there, they could have closed early and enjoyed a night off, but we were never rushed, and the service was top notch.

Mel and I had one of the best meals we’ve had in a very long time. We ordered a smoked salmon appetizer served with a subtle dill sauce that knocked us out, it was so good. Each of us got the Grouper entree. Their famous grouper was prepared to perfection with a red pepper sauce, and served over savory garlic mashed potatoes and broccoli-rabe.

After dinner, we chatted with Chef Charles (originally from Miami) and Rachel for a bit about football, and she was gracious enough to grab a key and show us around. The inn is comprised of a few small, cozy rooms that beckon for one to wake up late, grab a coffee in the restaurant and return to bed with a good book.

It felt like a step back in time – not just the inn, but the whole island. It’s not surprising that a writer fell in love with the island long ago. It’s the perfect writer’s getaway.

Next time we go, we plan to rent one of the cottages on the island, pack a few books we’ve been meaning to read, turn off our phones, turn the deck chairs to face the sound, and relax as the hustle and bustle drains from our bodies. Play a little guitar, write some songs… who knows.

And if you ever get the chance to go, you should… maybe a leatherback turtle will stroll right across your feet. Oh, and get the grouper… you’ll thank me.