Hello, hello, hello! The “Dog Days of Summer” are officially upon us and this update is going to be more like an ESPN highlight reel than a blog post. That would be just too damn long!

So settle in with a glass of vino, cold beer, gin and tonic… whoa, whoa… you’re reading this at breakfast? Scratch the gin and tonic, heh.

June flew by, but not without incident. I happened to turn 50. Ouch, I hate saying that.

We didn’t celebrate too much because I was moping. Not mopping, moping. I was not happy about reaching the half-a-century mark, no… not one bit.

Melody insisted we do something to celebrate and dragged me to a local sushi joint, where we proceeded to eat our weight in raw fish. Afterwards, we took a stroll through downtown, in a desperate attempt to walk it all off. We held hands, strolled by the water… and burped. 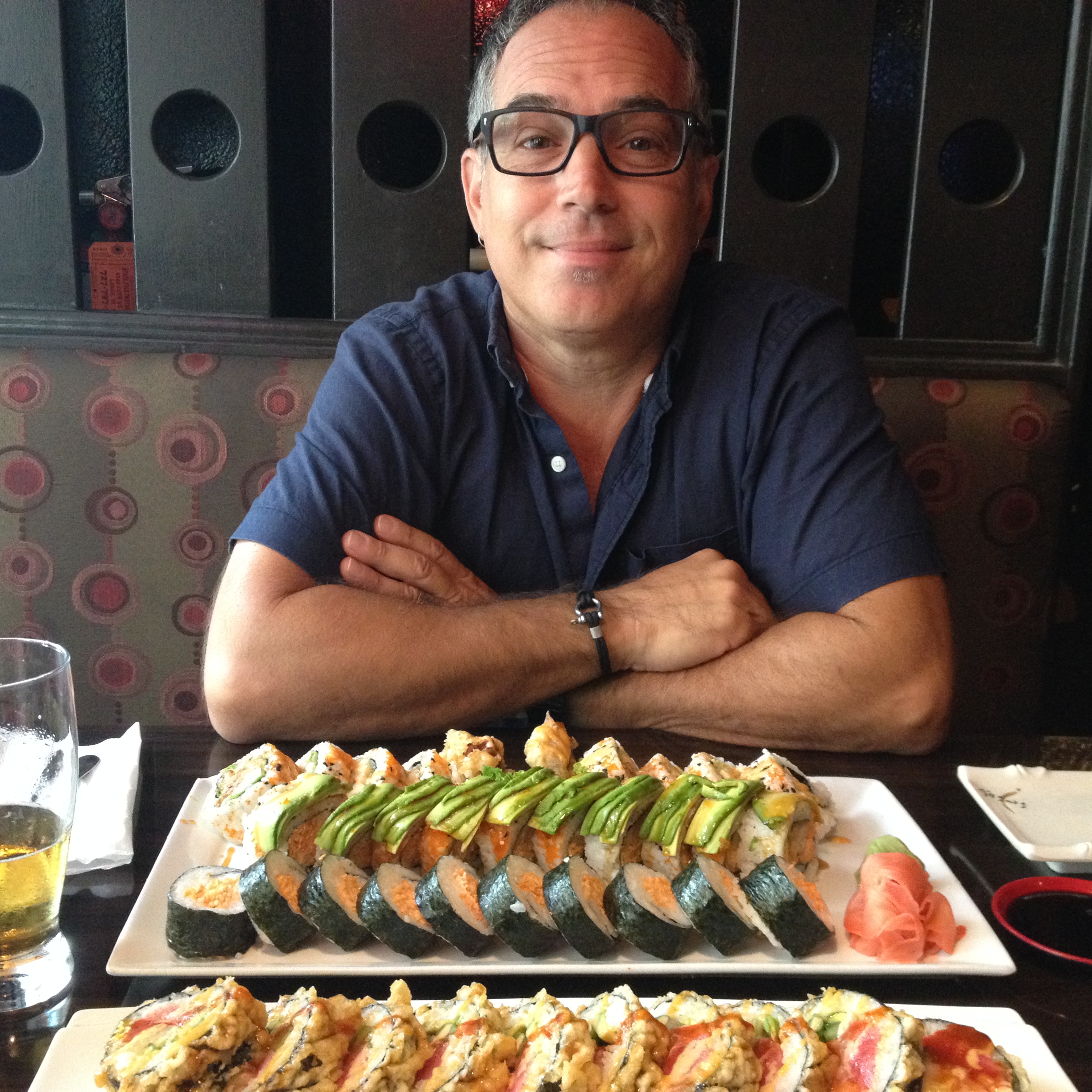 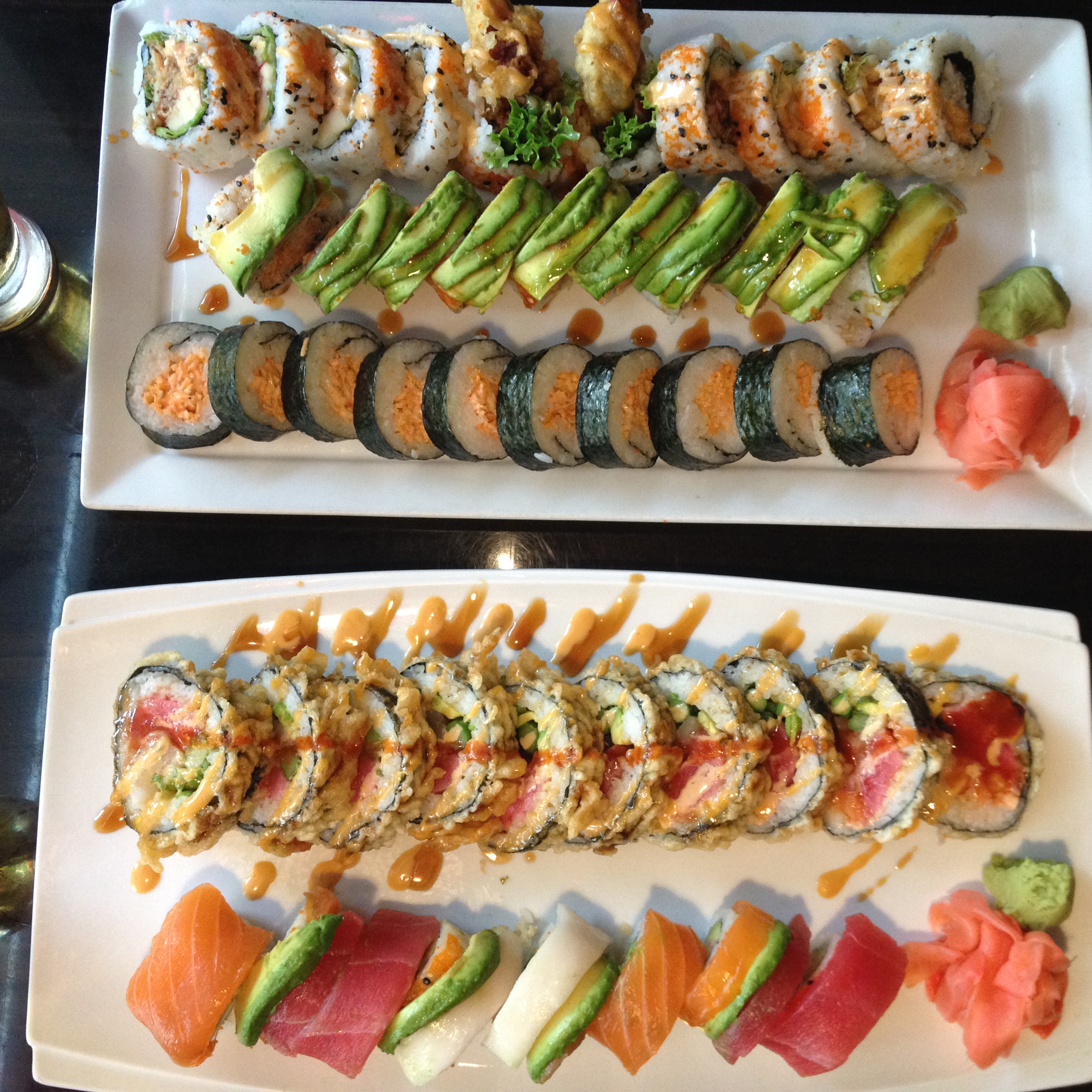 A couple weeks later, she surprised me, “Honey — don’t make any plans for next week.” She said she was taking me somewhere for my birthday (post-haste). I had no say in the matter. She didn’t tell me where and she wouldn’t let me pack. She just told me to be available that week.

On the morning of departure, my wife showed up in a rented red convertible. Nice! 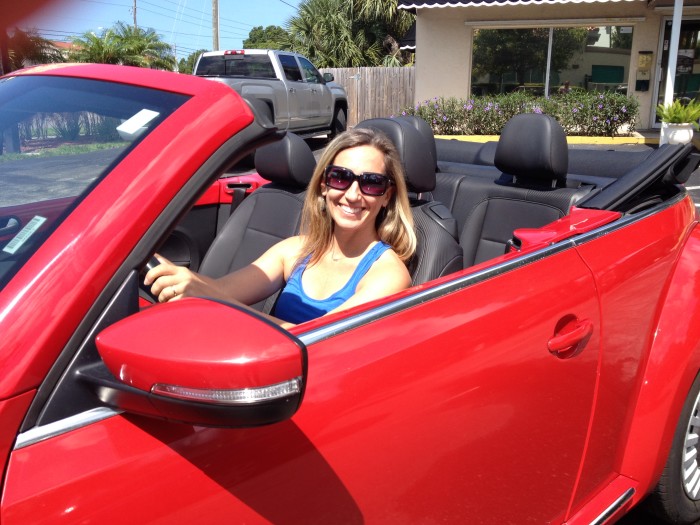 We grabbed our bags and our dog, and headed out to drop him off at his favorite doggy spa for a little rest and re-ruff-ation.

I thought, “Okay… this is awesome. Red convertible = Road Trip. I love road trips!” And, road trip we did, to Ft. Lauderdale, where we had an awesome gather with some dearly missed friends.

Early the next morning, however, she rousted me and off we went…to the airport. What?! Any thoughts I had about where we were headed were quickly obliterated. I was thoroughly confused.

After saying good-bye to the spiffy red convertible, we headed to the gate. Turns out, the little lady sprung a trip to Cartagena, Colombia on the old man. She had my passport and all our particulars in order. What a cool surprise.

The short two and a half hour flight was painless, as was the check-in process. We had talked about going to Cartagena on our honeymoon at one point but ended up going to NYC instead.

Now… here we were, less than a year later. 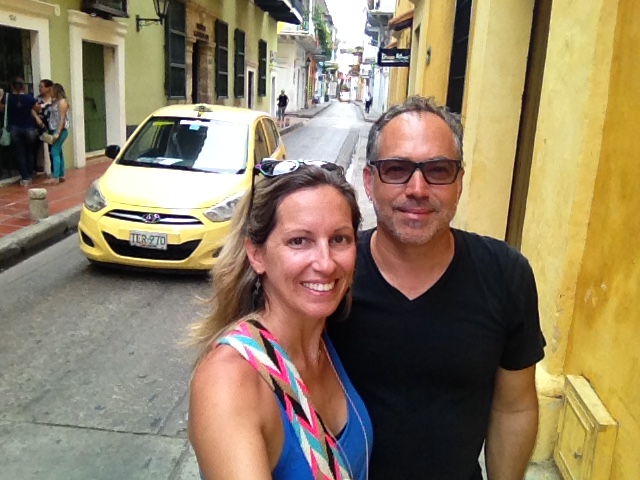 I can’t really fit the whole trip into this blog post, that would be like watching slides of your friends wedding. Nah!

Suffice it to say, the old city was amazing. The sites were spectacular, the city squares full of life, and the food! I can truly say it was some of the best food I’ve ever eaten. Fresh, unique menus and gorgeous presentations. I hated to eat it. That was me, the guy snapping photos of his breakfast. 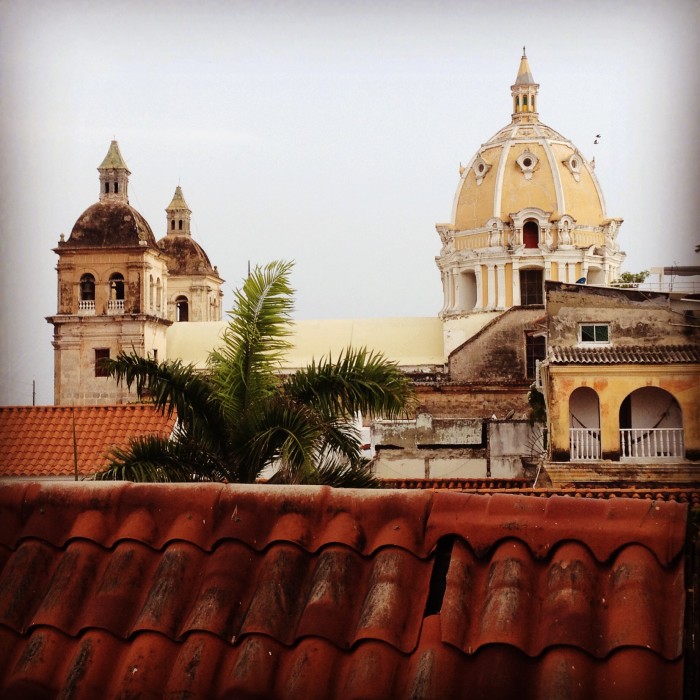 We stayed at the coolest Airbnb just off the Plaza de Bolivar. The place was big, bright and comfortable. Centrally located, inexpensive and… it had a bright, red hammock that spanned the living room. Every apartment needs a hammock. What a place.

The rooftop terrace at night was something to behold. The churches, glowing in their evening radiance, the street performers singing and dancing in their colorful costumes. It was surreal and totally beautiful. 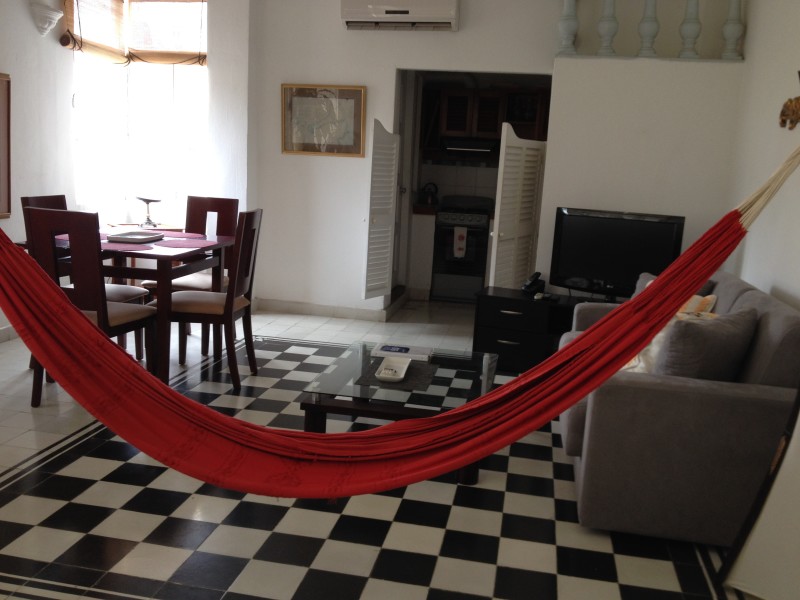 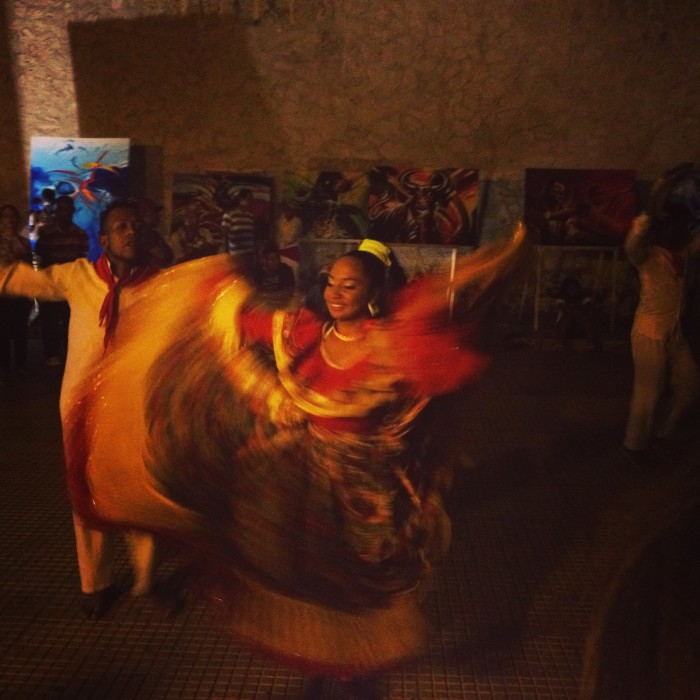 We discovered a fantastic Cuban bar with a pool smack-dab in the middle of the place. By the way, do not coax the house parrot off the second floor banister. He doesn’t swim very well. Okay… he doesn’t swim at all.

We ate amazing lamb in an Argentinian restaurant, and we strolled amongst the history in the Castillo de San Filipe. We spent four relaxing days, eating, talking, walking, and enjoying each other. I couldn’t have asked for a better birthday surprise.

And, I couldn’t have traveled with a cooler person. Thanks Babe! 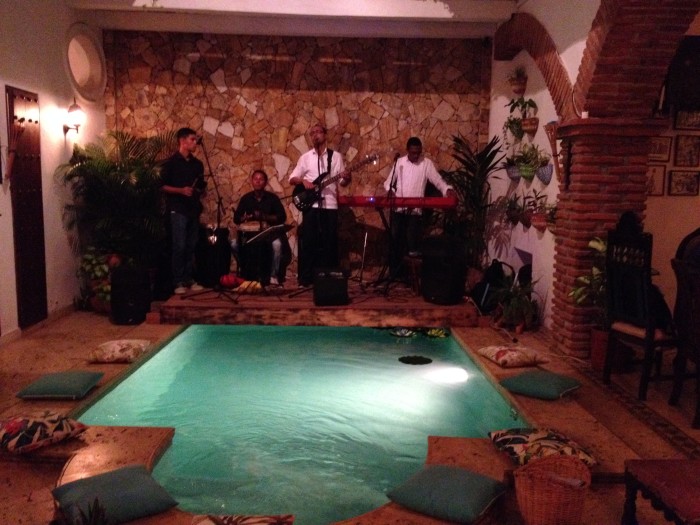 We did, however, get conned in the small fishing village of La Boquilla. “Robbed at prawn point!” as we describe it. If your Colombian Spanish is not up to snuff, don’t venture into the smaller, more “local” areas. You could be in for a big time swindle. We found ourselves at a small hut on the beach. 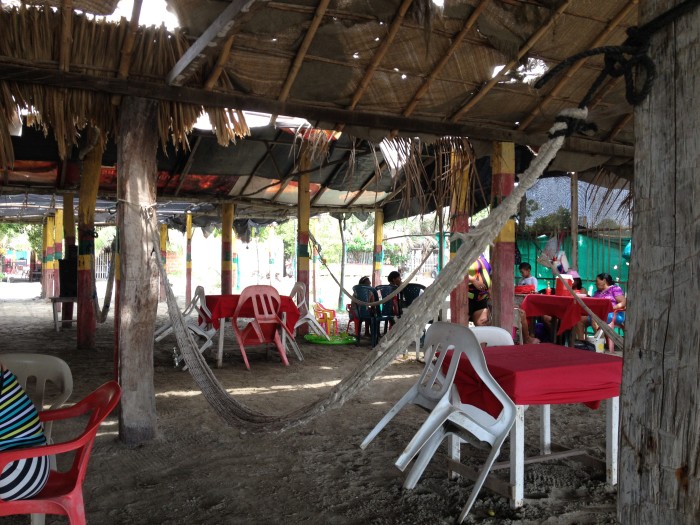 We ordered one fish and one lobster, and we were told our meal would be 75,000 pesos total, which was high by local standards, but we agreed because it seemed like a cool place. 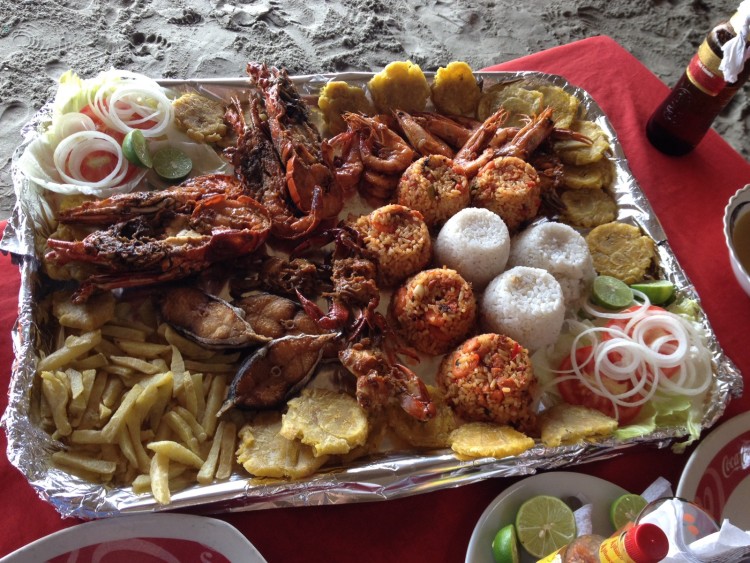 After several minutes of arguing, and waving our hands in the international language of “forget it buddy” (the G-Rated Version), we were allowed to leave after giving them 86,000 pesos.

Needless to say… we made it out ok. We hit our favorite pub, the Mona Lisa and had a few stiff drinks to dull the sting.

Now that we’re back in St. Pete, we are getting Vacilando ready to go for her January departure. New solar panels, new bimini, new outboard, new (actually used) Yamaha generator, and a few other knick-knacks to get the old girl into her prime sailing form, and away from her current “dock condo” persona.

Before we know it, it will be time for the sunshade canopy to come down. The paddleboard and bumpers will be stowed, the internet antenna will be dowsed. The dinghy will be lashed on deck, and come the new year, we’ll be headed south.

By the way, if any of you have a hypalon dinghy (hard bottom) for sale or a contact for one, let us know. We are actively looking for one.

There is so much fun stuff going on, right now it’s crazy!

We have some big news that we’re really proud of and we’ll let it out as soon as I get the “all clear!”

As always, we appreciate everyone for following along and leaving comments. If you haven’t hit the Facebook page, do so. If you haven’t checked out either of our books, what are you waiting for?! They’re cheap, cheap! And, full of tons of information that any boater can use.

Spread some love. The world can use it.  Take care friends!